An abundance of ailments have swept through the Hock household in the past few weeks. There have been fevers (JR and CJ), colds (everyone), stomach aches, ear infections (CJ), and even a torn ear drum (King Hock, poor poor King Hock). The most recent ailment happened to CJ, my 3 year old, aka Prince Hock #2.

Yesterday afternoon, I went through the carpool line as usual to pick him up from camp, and instead of him walking out to my car, his counselor carried him. She explained that he hurt his arm, and wouldn't move it. Well, me being the doctor that I am, I took one look and knew it was out of socket. It had happened to JR one time.

We hurried over to the pediatrician, and he popped it back in to place. CJ was so brave, I was very proud. I told him I would reward him by taking him to pick out a toy, and he decided we should go to Wal Mart.

So, here we are moseying around the toy aisles of Wal Mart for what seemed like an hour. This was a tough decision picking out a toy. CJ finally settled on a Power Ranger, but he wanted to have just one more look up and down each of the aisles. That's when the $40 Barbie Pool set caught his eye. I tried to talk him out of it, but he wouldn't budge. Finally, we settled on a Ken wearing a bathing suit and a smaller pool.

He proudly carried the Ken and pool around the store, and was very excited. Then, out of nowhere he spots a picture of Captain America. "Mommmmmyyyyy, loooooook! I want a Captain America costume!" Since, Wal Mart doesn't carry costumes year round, I stood there and ordered it from Amazon on my phone. "Ok, it's coming in 2 days," I told him.

I felt bad that he just went through this whole ordeal and would have to wait 2 days for a reward, so I still bought him the Ken just without the pool.

As we drove home from Wal Mart, we had an in depth conversation about his new toy. When I referred to it as his Barbie, I corrected myself and called it his Ken Doll, and he goes, "Mommy, I have a swim teacher at camp named Kendall."

So, I guess that's where he came up with the name Barnie Kendall because from then on he referred to his new toy as Barnie Kendall. He loved it so much, that he decided to sleep with it in his bed.

Normally, King Hock and I get irritated when he wakes us up in the middle of the night (which happens very often), but last night we were laughing hysterically.

CJ comes down stairs this morning carrying his Barbie and says, "Good morning Mommy, I told you I shouldn't sleep with Barnie Kendall, his bathing suit keeps falling off, can you put it back on please?"

Now, CJ is tucked all nicely in his bed with Barnie Kendall, let's hope we don't have a repeat of last night.

Now onto our dinner. I offered King Hock to make whatever he wanted for dinner tonight, and challenged me to make the Grilled Chicken Salad from Houston's. He used to adore it in his pre kosher days.

The recipe I came up with was spot on, it was unbelievable.

To prepare the salad:

Place the mixed greens, carrots, corn, Napa cabbage, grilled chicken, and tortilla strips in a large bowl. Toss with the Honey Dijon Dressing. Place on your serving plate, and drizzle with the peanut sauce. Alternately place the peanut sauce in a large ziploc, snip off a very small part of the corner and squeeze out over the salad.

Preheat oven to 375 degrees. Cover a baking sheet with parchment. Brush the tortillas with oil. Stack them, and cut into very thin long strips. Sprinkle with kosher salt. Bake for 10-15 minutes, until crisp and starting to brown.

Use an immersion blender and mix together the above ingredients until smooth.

Hopefully Barnie Kendall won't pull that Toy Story stunt on us tonight, and go playing in the middle of the night, or lose his sunglasses.

Have a great night!
Pin It
Posted by Lee Hock at 8:06 PM 7 comments


Oh hi! Yes, it's been almost 2 weeks since my last blog post. Things around here have been crazy as always, especially the afternoons. From about 5-7 P.M. some demons take over my children's bodies.

The chaos is chaotic.

Prince Hock #1 and #2 know karate (self taught), and love to practice it on each other.  It's awesome to watch them morph into real ninjas. HI-YA! Someone, usually both, inevitably get hurts.

Baby Hock insists on being held, there is no putting him down, he is happy as long as I'm holding him. You can imagine how strong my arm muscles are getting. One arm stirring a pot, the other arm holding a baby.

The best is when all three cry at the same time, I just join in, or I laugh.

I've tried some new recipes, none that were worth sharing, but I do want to share with you my favorite things right now:

These are seriously the sharpest knives I have ever used. They are inexpensive and have consistently gotten 5 star reviews. 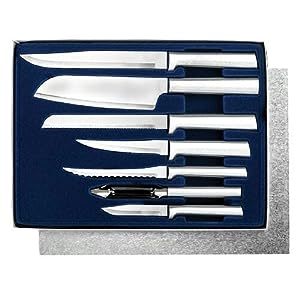 I feel like I am eating a candy bar. These make a great snack, they are low in sugar and high in protein, which is ideal for diabetics, and really anyone.

First of all, kosher vitamins for kids are hard to come by. Second of all, I'm very happy that the lid is child-proof because my kids want to eat these all the time. I highly recommend these.

My favorite coffee drink is lattes, so I was so excited to get this milk steamer/foamer for my birthday. I still haven't perfected making lattes with it yet, but I'm working on it. 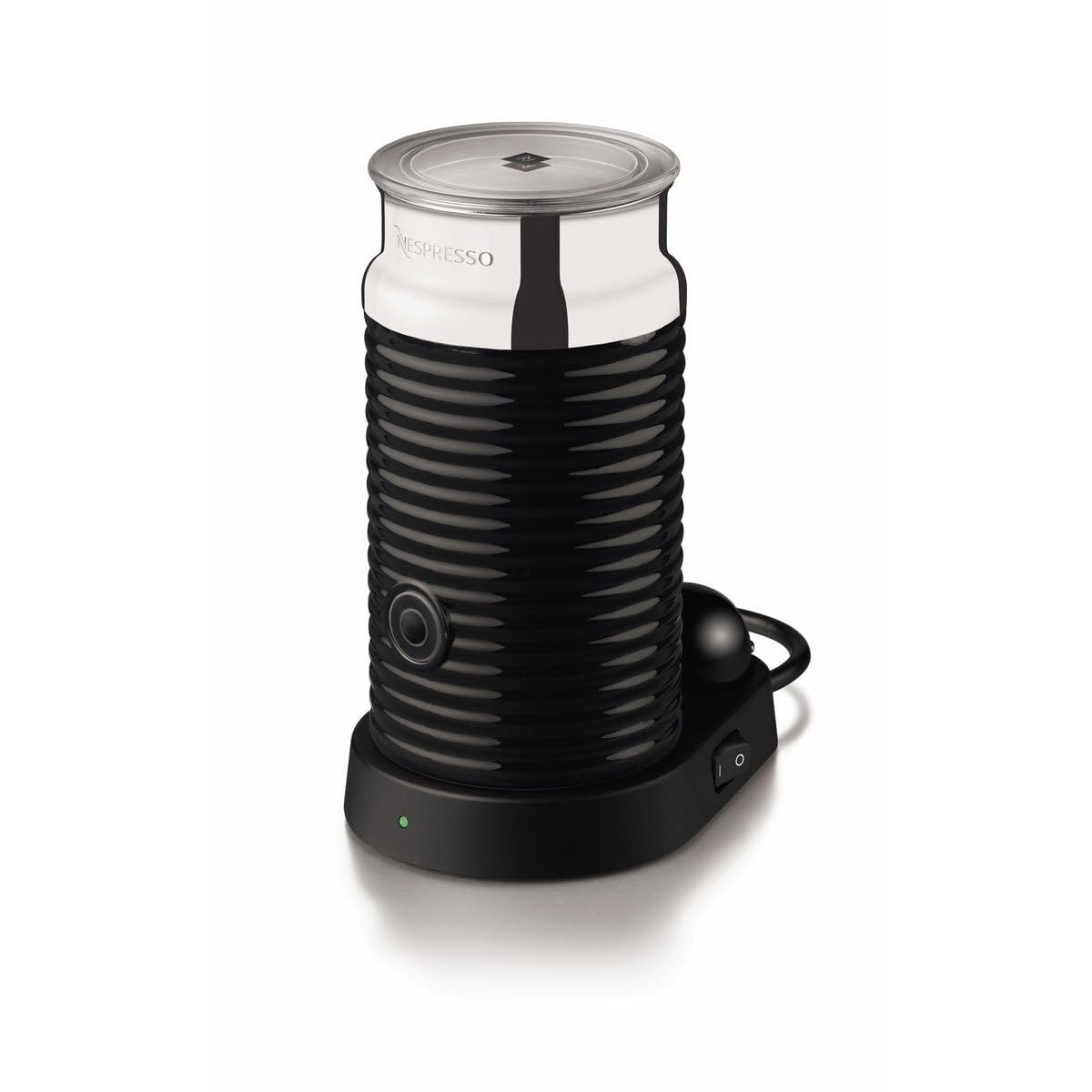 LOVE this! It smells amazing, and I feel like I'm in Hawaii everytime I take a shower. It also has a pump, which is amazing.

Every summer Escada puts out a different limited edition scent that I buy every year. Sexy Graffiti came out about 10 years ago, and I fell in love with it, it was my all time favorite. I was stoked when I saw that they brought it back this year. It smells like summer.

I might be a little biased...this is the best ice cream in the whole wide world! All of the flavors are incredible, I would have a hard time picking my favorite. Give it a try.

These freaking chips are addictive. 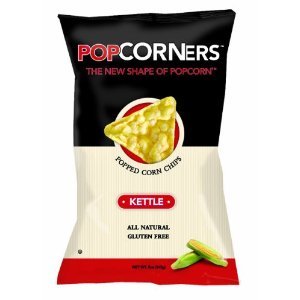 No, I'm not pregnant again, it's just all of the sugar cookie bars I've been eating lately. I need to stop making these bars, but I just can't because they are that good. I like them right from the freezer too.

I've revised the recipe, see below.

In a large mixing bowl with an electric mixer, cream together the margarine and sugar until fluffy. Add the eggs and vanilla, mix until combined. Mix in the flour, salt, and baking soda. Mix until dough comes together.
Put the dough into the baking pan and use your hand to pat evenly to fill the inside.

Bake for 20 minutes, until the edges are golden brown, 15 minutes for a silicone baking pan. If you use a pyrex pan, you might have to bake a little bit longer, unless you like it really doughy.

Once the cookie has cooled, mix a few drops of food coloring into the icing. Spread the icing on top of the cookie, I only used half of the can. Then sprinkle with sprinkles. To serve, cut into squares.

I got these as a gift, they are awesome!

A friend of mine recommended this cookbook. It's published by ArtScroll, the same company that did the whole Kosher by Design series. I haven't made anything from it yet because I literally just got it today. I'm excited to try some new recipes, and there are a bunch in this book that I want to try. 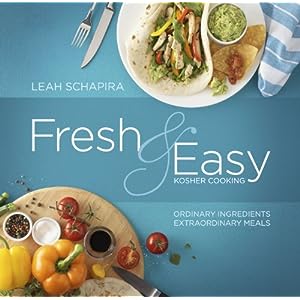 I hope to get you some new recipes very soon. Have a good night!